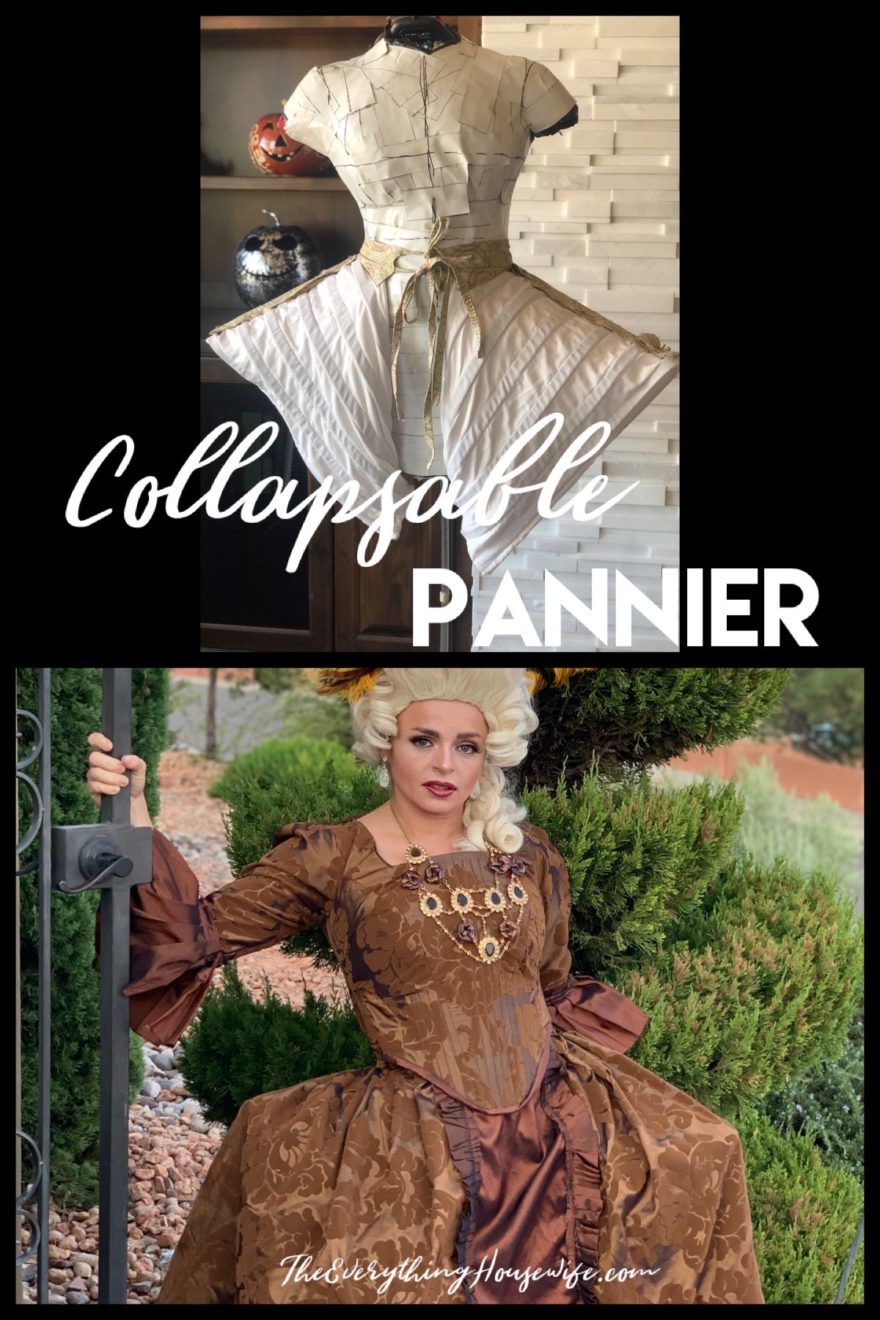 What the heck is a pannier? Or at least that is the question I was asking myself as I sat down to design my 17th century Costume made out of old curtains. In fact, when my Great Aunt (who just happens to have been a professional, broadway costume designer) came to my house to see what I was “building,” I learned real quick that I was in over my head. I looked at her as I described the “pannier” I was building, which I was pronouncing “pan-EE-air,” and she looked at me instantly and said, “You mean, “Pan-YAY!” You know, because I don’t speak french or know costume design at all, but because I’m a DIY-er I’m not afraid to trying anything or make anything out of scraps and cheap supplies! I’m glad she came by, because she encouraged me to “GO BIG OR GO HOME!” And so I went BIG, and that is exactly what you should do when making and designing your own pannier.

In true “Everything Housewife Style,” I winged it! Because I usually don’t know what I’m doing anyway–and I’m a DIY-er and that’s what WE DIY-ers do! We wing it! As a result, I ended up designing a “collapsable” pannier that stores easily in a box, AND is made from inexpensive supplies from Home Depot, and who’s gonna complain about that! I hope you enjoy this video where I explain HOW I made this PAN-YAY!!!!!!!! YIPPY-I-YAY!