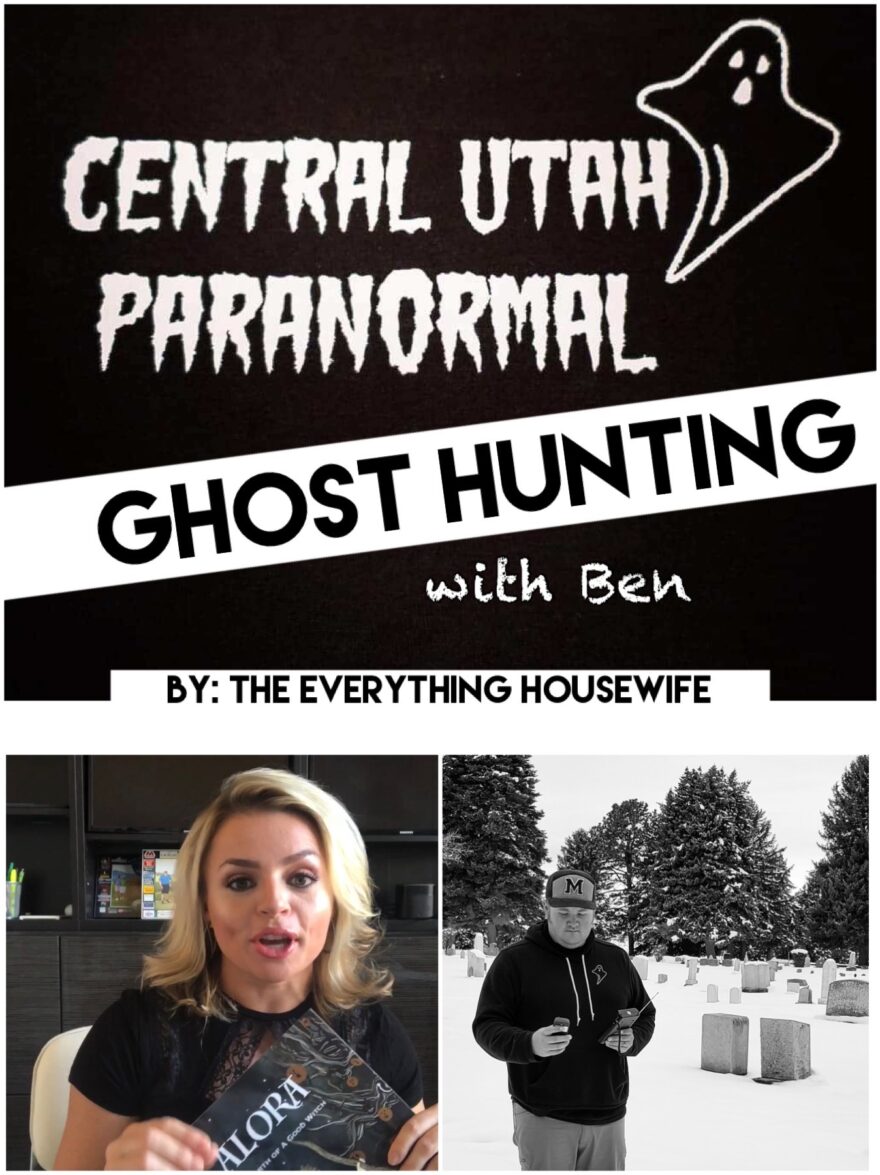 By: The Everything Housewife, Author of The History of Halloween Series and The Realm of Halloween Children’s Book Series

What  started out as a hobby spurring from his own “ghostly” encounter many years ago,  later turned into a passion that lead Ben to establish Central Utah Paranormal.  Ben Stephenson, now a paranormal expert and investigator, explores this unseen realm using special digital devices called “spirit boxes” to record spiritual energies manifesting, and guess what? These spirits actually speak and call Ben by name.

CASPER IS FRIENDLY, AND SO IS BEN

Ben Stephenson, hunter of the invisible realm of the dead, is not your average ghost hunter.   What makes Ben standout in the crowd of paranormal investigators?   Well first of all, he’s really good at what he does, and second, he’s a really nice guy! He’s the kind of guy that makes you feel chillaxed about a subject that gives normal people the chills!   In an industry where people like Ben investigate what most common mortals  fear— Ben seeks to shed a positive light on the investigations he does in the paranormal by recording them, sharing them, and seeking to understand this unseen realm.    In conversations I have had with Ben, he light-heartedly brings a positive energy to the field of the paranormal. He even tells his own stories of how his investigations have brought healing and understanding, not only to the dead,  but to the living.

What  started out as a hobby spurring from his own “ghostly” encounter many years ago,  later turned into a passion that led Ben to establish Central Utah Paranormal.  Ben, now a paranormal expert and investigator, explores this unseen realm using special digital devices called “spirit boxes” to track the energies manifesting, and guess what, they actually speak and call Ben by name. (You can watch some of that content HERE).  Ben frequents Utah historical sites, cemeteries, and even homes with unexplained activity.   Ben  seeks to understand a realm that often goes unnoticed in the eyes of mere mortals, and there’s no better place to investigate historical sites, in my pioneer heritage opinion, than the great state of UTAH.

One of the things that I personally love most about the great state of Utah is it’s preservation of historical sites. The Latter-Day Saints (Mormons) are known for their rich, historical and cultural heritage. Some of the most well preserved and revered historical sites in the state of Utah are maintained and honored by Latter-Day Saint religious communities here in Utah. Heck, I personally frequent those sites often, as an avid lover of history and descendant of the original Mormon pioneer settlers, I can’t help but be drawn to it. It’s in my blood (did I just mention blood in a paranormal article?). Not only do I share the passion of my grandfather, who was a local historian in my own community, but I also descend from several of the builders of the religious monuments in my local township. It’s a fascinating “spiritual” connection for me—BWAHAHAHAHA!.

THE LIGHT BULB CAME ON ALL BY ITSELF

One day while reviewing some of Ben’s video footage that he posted, I observed a parallel to the “way” rituals are used in ancient cultures to “communicate” concepts from the spiritual realm and the “way” Ben used his devices to collect “language” from the Realm of the Dead.   Wait….whoa….holdup….Jenny, are you saying that rituals are a language too?   Are you saying, the Realm of the Dead was recorded, studied, observed, and the understanding was preserved using symbols found in religious rites and rituals?    Yes, that’s what I’m saying (and I know you all pieced those thoughts together without my help at all).

GETTING TO KNOW THAT REALM

If you want to get to know more about THAT realm. You’re going to have to get to know more about people like Ben, because he is someone who is building a “bridge” between this world and the next. Ben and Central Utah Paranormal were due to speak at the next San Diego, California ParaCon convention, but, sadly, it was cancelled from fear of that plague everyone keeps talking about, and so until the re-opening of the ParaCon convention occurs, you can check out more of Central Utah Paranormal and their ParaNormal family on instagram HERE, of which I am now officially a member!